Driving school in Zug for car, motorcycle and trailer

Whether it’s an emergency course , practical basic training for motorcycles or a traffic education course, Fahrschule XXL is your partner for all driving education in Canton Zug. With us you can obtain your car, motorcycle and trailer driver’s license. We work together with the traffic office in Zug. Latest vehicles for all categories is a must for modern training 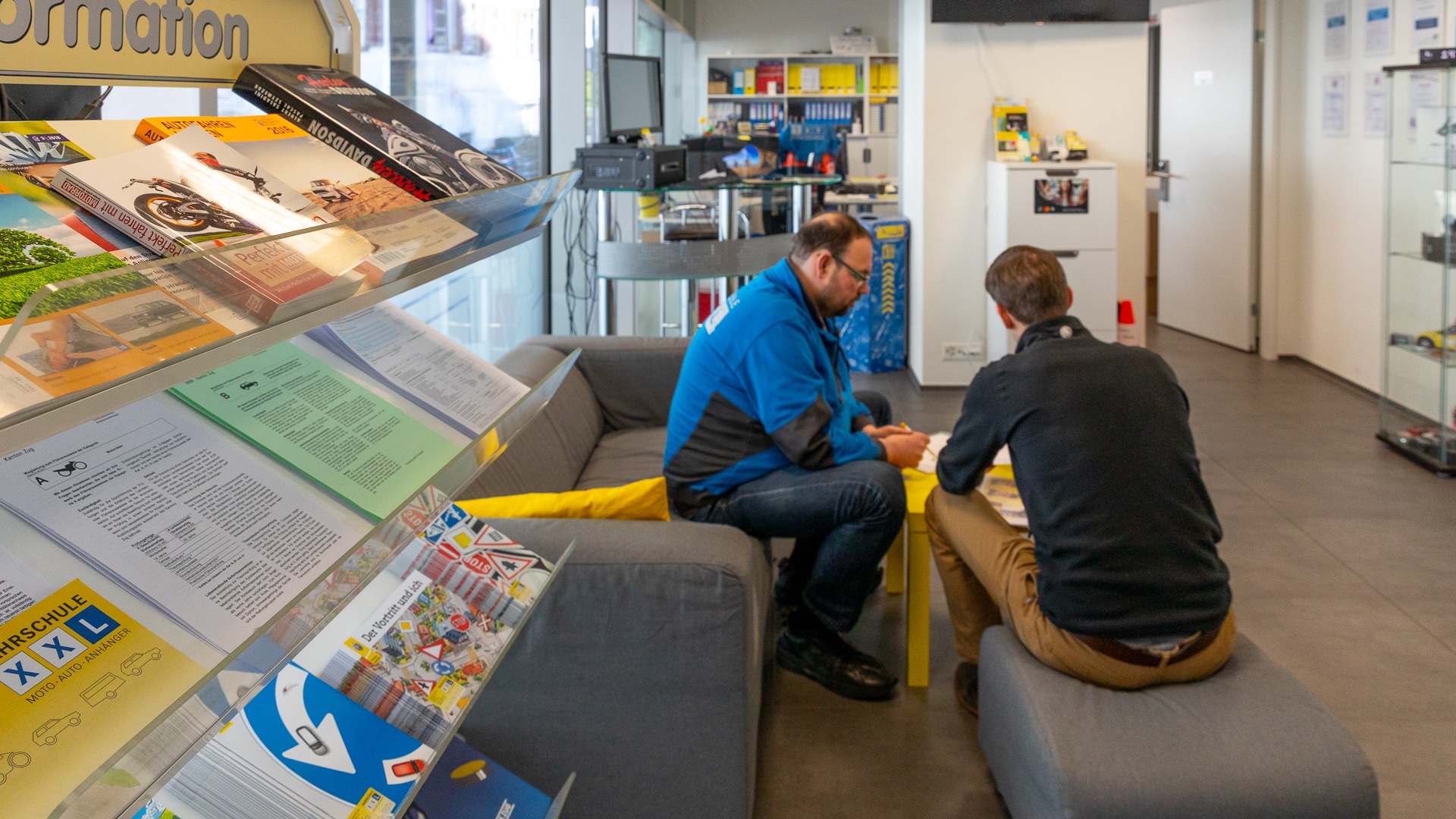 Our driving school in Baar is central, easy to reach and our home base for courses and starting point for driving lessons. We are a team with different facets and offer know-how in all our different areas.

In January 2011 the Fahrschule XXL was one of the first driving schools in Switzerland to introduce an online booking system, which can be used on all mobile devices. This online tool is very popular with our customers.

In February 2011 a second driving instructor was hired. From now on the customer has the free choice to change between the driving instructors if desired. In the same year, the Fahrschule XXL extended the training with the category BE (car trailer). For this purpose, the vehicle fleet was expanded with a towing vehicle (Nissan X-Trail) with trailer, which of course meets the examination regulations.

At the end of April 2013 we were allowed to move into our new driving school premises in Baar at the Dorfstrasse. The location in the center of Baar is ideal and our customers appreciate the possibility to wait for the driving lesson even in bad weather.

Since 2018 we are four experienced driving instructors for car & motorcycle at the Fahrschule XXL and offer driving lessons also in different languages.

In 2019 we expanded our fleet of vehicles with three new Mercedes-Benz GLA 200 and react to the new legal adjustments: Practical driving test automat.